Third generation cotton farmer Fate Sparrow took over his family’s Middle Georgia cotton and peanut growing operation 18 years ago when he graduated from high school. Over the years, he faced challenges in finding enough labor to run all of his equipment, including two large sprayers. He also struggled with drift issues since he had his sprayer pressure set high.

Then he was introduced to MagGrow.

Sparrow admits that he was skeptical at first. He began by putting out his usual 10 gallons of water, dropping it to eight gallons and then eventually to five. He found that using only five gallons worked just as well as putting out 10-15 gallons.

The difference was immediate. “As soon as I turned it on I could tell a 100% difference,” he says.

Before using MagGrow, Sparrow could cover an average of 500 acres a day. Now, he can cover 800-1,000 acres in the same amount of time.

“I was able to cut out a $300,000 sprayer and get everything done with one. I cut my rates and still cover the same amount of acres with one sprayer as I was doing before with two. You save 25% of your chemical bill, and that’s huge. That’s the difference in making money and not making money.”

Sparrow was also impressed with the improved coverage he saw with MagGrow. MagGrow converts the liquid chemical into optimal-sized droplets that hit the target, resulting in reduced drift, better coverage and significant chemical savings.

“Before you could see the droplets on the leaves. With the MagGrow system, now it’s like someone painted a sheet of paper across the leaves. You’re getting so much better coverage. You can actually see it under the leaves now. Same nozzles. Same pressure. Same everything.”

His drift problems went away, too. “I’ve had zero complaints about drift this year,” he notes.

Sparrow admits that he doesn’t fully understand the science behind the MagGrow system, but he really doesn’t care. He understands how to use it, and he understands the results.

“The MaGrow system is one of the hardest things to understand from a science standpoint, but it’s the easiest thing to use. No electronics, no maintenance. Pop it off that sprayer and throw it on another one and you’re ready to go. At the end of the day you don’t have to clean anything out. It’s just a normal day on the sprayer.” 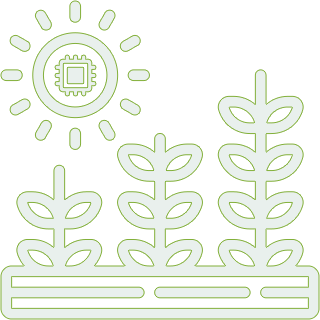